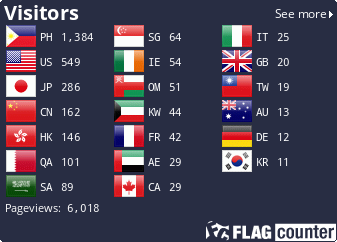 The Pinoy Stream Versatile Radio (PSVR or simply “pinoystream”) is a community of volunteers from around the world. It is an online community radio broadcast center ran by volunteer OFWs to gather fellow OFWs and all Filipinos around the world who share the same advocacy of helping indigent and poor children in the Philippines. Previously started as Global Pinoy Stream or GPS in 2016 by Dj Marshmallow with his group-mates from Italy and the Middle East, the PSVR is a revival after it was halted due to the demand of workload abroad of its volunteer staff. After some time of recovery, the PSVR was then re-founded by the new team of Dj Marshmallow, Dj Braveheart, Dj Sunshine and Dj Lynzkie in August 2017 and is slowly running programs particularly outreach activities in selected Barangays in the homeland.

Its main thrust is to help indigent pupils as identified by selected Barangay Local Government Units, providing them proper food nutrition (feeding program), school supplies and some medical or dental assistance in partnership and coordination with the LGUs/LGAs. We utilize this online radio channel to generate support from the members and followers whether in cash, in-kind or prayers. Having that said, the PSVR fund sources are donations from its members, philanthropist individuals and generosity of the sponsors.

The PSVR has so far conducted various social events both onsite and online and most importantly community outreach activities since 2016 in different parts of the Philippines. Among them are our own brand of singing competition dubbed as Global Pinoy Idol which was held in two seasons already. The Season 1 (2016) was in Italy and was participated by Filipino talents who are based in Milan, Italy. The event was spearheaded by Dj Papa Jam, Jaycee Cipress and Mae Flores. The Season 2 (2017) was held in Pasig City, Philippines which was spearheaded by Edgar Advincula Parado aka Dj Twitty Bird.

Although its implementation faced some challenges, a new set of champions were named who happened to have found their way towards bigger arena like Tawag ng Tanghalan and other national singing competitions. Among the winning contenders were Rica Mae Maer (Grand Champion), Joseph Magalad Belleza (1st Prize), Haydee Manosca (2nd Price). Some OFWs present there got their way to a TV program interview hosted by Maria Del Mar of TV-5. We have also launched a Summer Outfit Competition, Online Lotto Game, Sign ‘n Win, Like-race and other online games at the first phases of our online broadcast activity.

The bedrock of our advocacy is the implementation of outreach program in different localities. So far, the following are our humble accomplishments:

Copyright by Dj Marshmallow
All rights reserved | Powered by MadGuyGFX